The beauty, which lies within the attractions of North India, is irresistible. This region is characterized by a great diversity in culture, geography, weather, food, languages and lifestyle.

Our 6-day, 5-night Golden Triangle tour is perfect for first time visitors to Northern India. During this tour, you will get a chance to see North India’s most visited cities of Delhi, Agra and Jaipur, discover the delights of Old and New Delhi, marvel at the Taj Mahal in Agra and even enjoy an elephant ride at the Amber Fort in Jaipur. 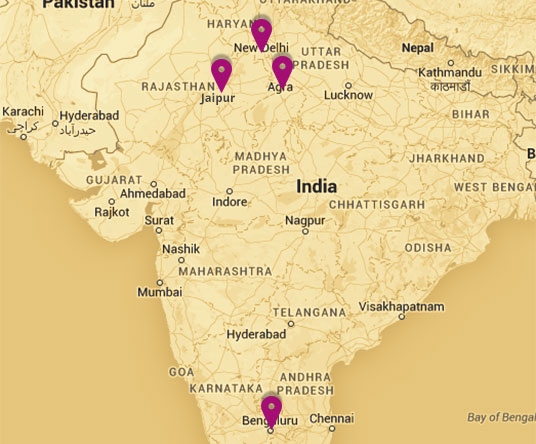 Fly to Delhi - The capital of the country, and one of India's fastest growing cities, remnants of the glorious past survive cheek-by-jowl with soaring skyscrapers, posh residential colonies and bustling commercial complexes. Delhi has some of the finest museums in the country. Its boutiques and shopping arcades offer access to a wealth of traditional and contemporary crafts, from all over the country. There is also an abundance of exquisite of North India culinary venues in the city. 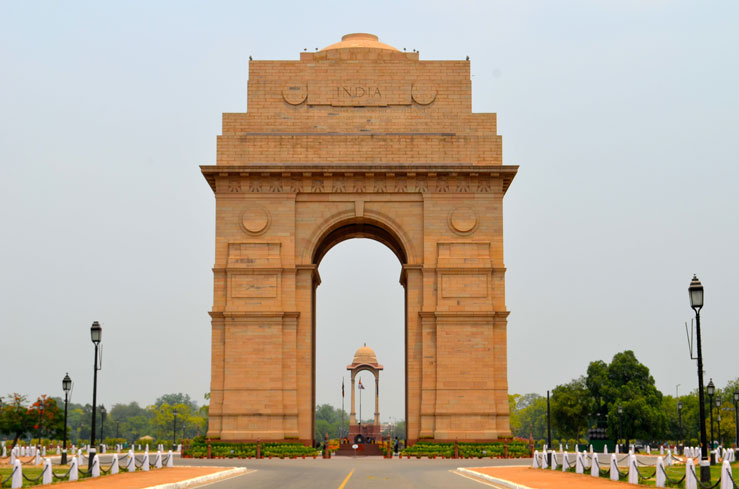 We will also have time to shop at the Khan Market—a U-shaped, well-established market that's one of Delhi's classiest, and Dilli Haata—a huge outdoor shopping plaza where vendors sell high quality Indian handicrafts in a friendly, safe environment. 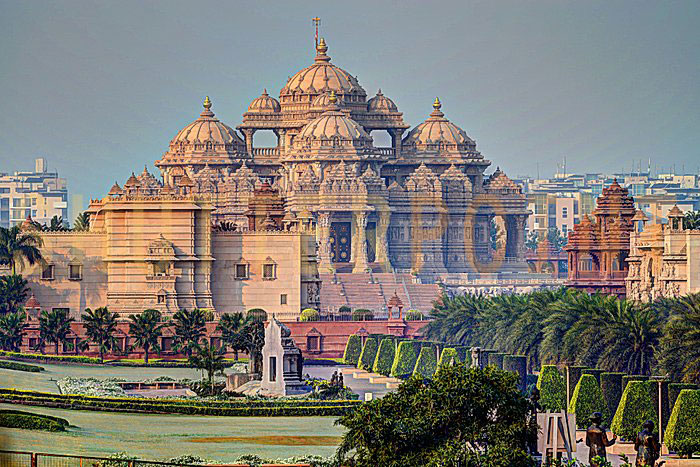 After breakfast drive to Agra visit the world famous Taj Mahal, the Agra Fort and see many monuments that epitomize the high point of Mughal architecture.

Agra Fort built by Emperor Akbar today dominates the center of the city. The crescent-shaped fort with its 20-metre high, 2.4-km outer walls contains a maze of buildings that form a small city within a city. It is entirely made of white marble and its walls are decorated with exquisite pietra dura (stone inlay) work. This magnificent monument is set around a Charbagh or 'four garden' plan, which is split by watercourses-a reflection of the Persian style. 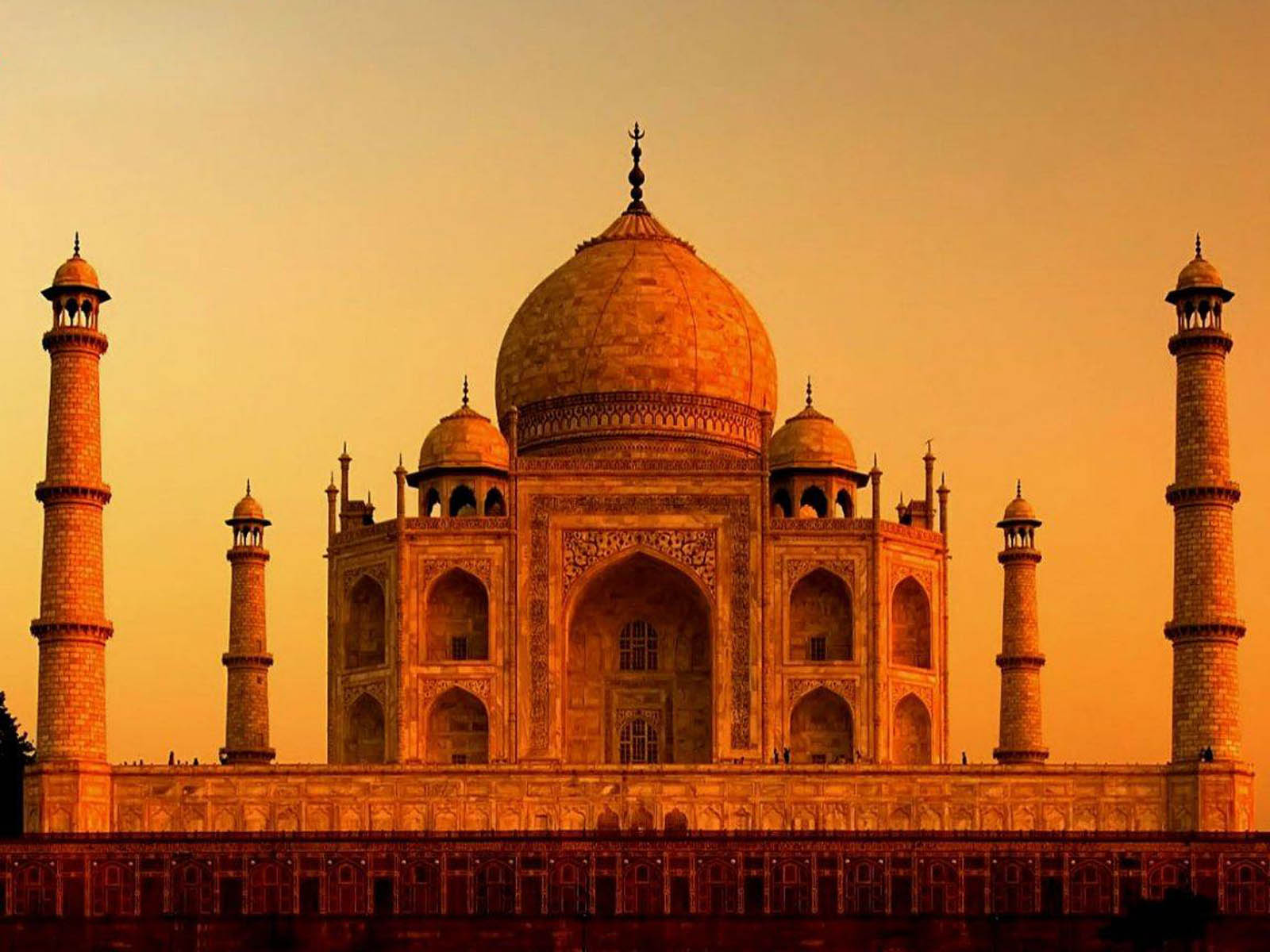 During the drive to Jaipur we will visit Fatehpur Sikri. Fatehpur Sikri. The Mughal Emperor Akbar built this red sandstone city in AD 1564 in honor of the Muslim saint Sheikh Salim Chisthi. Intended to be the capital city but the shortage of water and unrest in the northwest made Akbar abandon it after 14 years. Jaipur popularly known as the Pink City, is the capital of the state of Rajasthan. Named after Jai Singh, old city of Jaipur is partially encircled with seven gates - the major gates are Chandpol, Sanganeri, and Ajmeri.

We will visit: Amer Fort, Hawa Mahal, Hall of Mirrors and the Jantar Mantar Observatory.

Amer Fort complex stands amidst wooded hills with its forbidding ramparts reflected in the still waters of the Maota Lake below. One of the finest examples of Rajput architecture, it was the ancient capital of the Kachhawah rulers.

Hawa Mahal - Strange though it may seem, this most famous landmark of Jaipur is not actually a palace but a series of sandstone screens. This pink structure was constructed so that the ladies of the palace could watch the royal processions without being seen by any outsider. This sandstone edifice was named Palace of Winds after the many brass wind vanes that adorned it until 1960s. 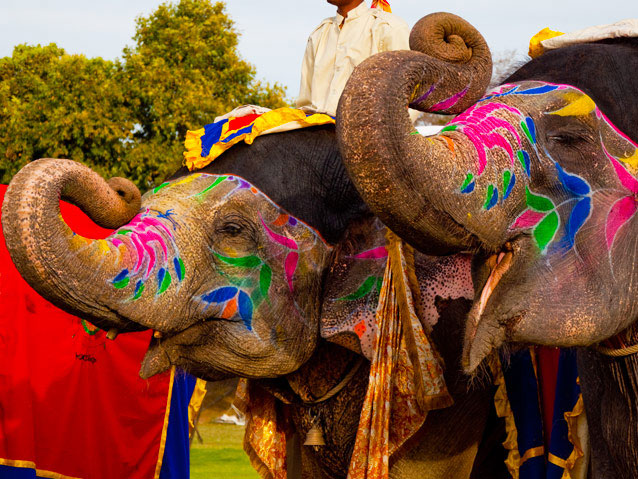 Midmorning flight back to Delhi for some last minute shopping and seeing of the sights before departing back home. 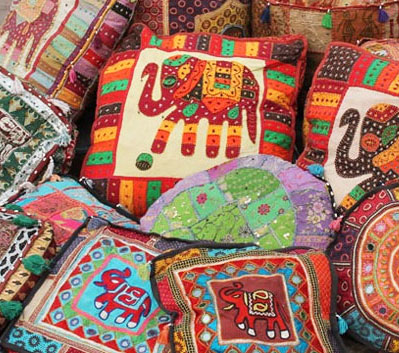